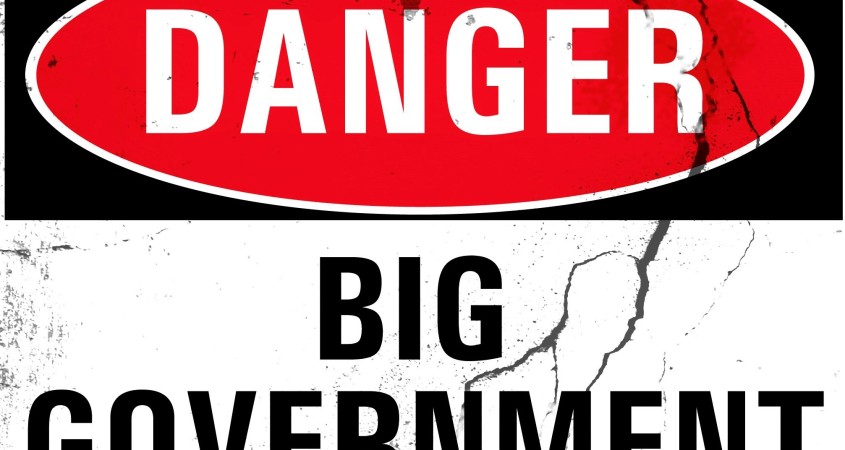 Getting ready for another (yawn) threat from Congress that unless it gets what it wants in Trump’s budget, the Dems are ready to walk away from the negotiating table and shut down the government. Of course, in years past, it was the Republicans threatening the shut down.

Typically, Congress does the government shut down around Christmas holidays, pulling on American heartstrings that our boys in uniform will not get Christmas dinner or desperately needed fighting supplies. If the budget problem lingers into the summer, then the threat of closing public parks becomes the strong-arm tactic for shaking down the American public.

It really doesn’t matter – Democrats or Republicans. They are all one big uniparty and their government shut-down drama is just kabuki theater to get We the People to pick up the tab for their pork, lard, and special sexual harassment fund.

We call your bluff.

We stand by the President to shut the operation down and drain the swamp.

Here is what you, as an informed citizen, might care to know about a government shut-down.

In 2016 federal civilian workers had an average wage of $88,809, according the U.S. Bureau of Economic Analysis (BEA). In the same report, we learn that

Why a Shutdown is a Great Way to Clean House

Our government is bloated and corrupt. We have way too many federal employees lollygagging around on the taxpayer dollar. By shutting down the government, we are not jeopardizing basic services.

We are flushing a toilet that is long overdue.

Here are our suggestions for further tax savings:

Show Some Compassion and Stick it to the Blues

Don’t you worry a bit about all those unemployed Senior Executive Service employees. They can find another job or file for unemployment in the state in which they reside, most likely in Virginia or Maryland.

If federal workers and employees are forced to take unemployment because the government is shutdown 4-6 weeks, the unemployment costs are shifted to the states in which the unemployed worker resides. This will adversely affect high tax blue states the most and won’t cost federal taxpayers a bit.

The impact will hit the DC/Virginia/Maryland swamp and left coast liberal elite states.

Citizens, we are in a war for the Republic. We are fighting the Second American Revolution. This is unlike any other type of war that we have fought or read about in our history books. We don’t use the typical weapons of bombs, bullets, tanks, and trucks.

Our weapons are truth and determination. Like our Commander-in-Chief that has turned his Twitter account into a weapon of truth, we are filling the alt media and social media networks with memes, hashtags, citizen intelligence reports, pictures, tweets, and articles throughout the entire global web as a new type of weapon.

The information war is fought with truth bombs and bullets as we awaken sleeper cells all around the world to activate and engage Operation: Information Rapid Deployment. If you have an internet connection, you can join our forces to take out the global elite cabal who have run this planet way too long. Take out the D.C. swamp and every other globalist elite hell-hole on the planet.

We also have determination and fortitude. Patriots have been preparing for the day that the President may need to walk away from the negotiation table with Congress, just like he showed us in The Art of the Deal. Any entrepreneur knows that some of the best deals are made when one backs up her chair from the table and leaves the room.

The President needs to know that we have his back and aren’t a bunch of snowflake, crybabies that their constituency has become. Your job is to maintain your resolve to support our mission and to continue lodging truth bombs every day through your social media network.

Trump can drain the swamp, save taxpayers $2b per week, and send Obama’s Army a-packing by calling the Democrats’ bluff on a government shutdown. 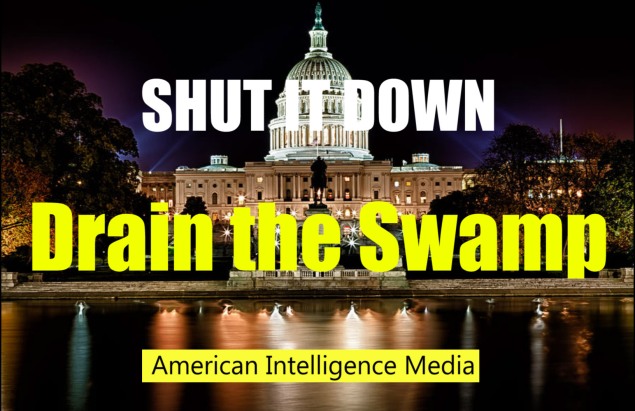 2 thoughts on “Shut it Down. Don’t Pay Them. Flush the Swamp.”