Trump just announced that Ivanka will be overseeing a $500M OPIC fund in Latin America to ‘empower women’.

We thought this would be a good opportunity to let folks know about some research we are working on about OPIC. Below are our initial “notes and findings”. Our full report will be published soon.

Questions we will be asking: Is Ivanka ’empowering women’, ‘hunting pedophiles’, ‘gaming the corrupt SES-run Overseas Private Investment Fund’, or something else?

Certainly the President’s intelligence agencies filled him in on the dirty secrets and nefarious activities of OPIC before permitting his daughter to jump into this den of global thieves. 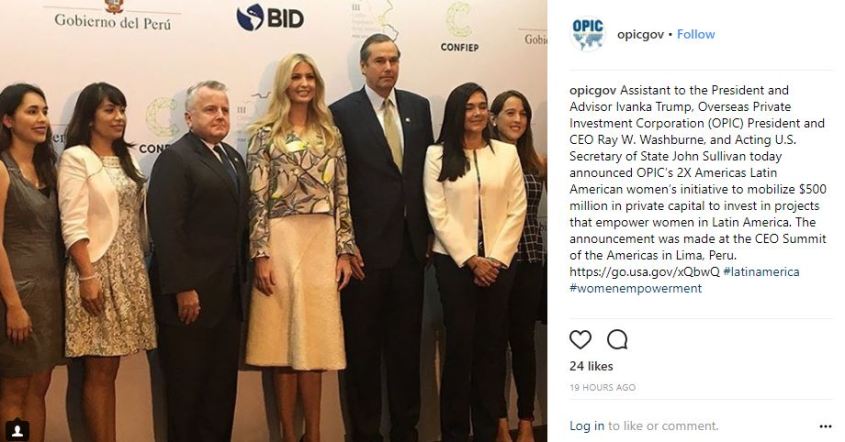 This is their PR statement (below), a ‘propaganda mask’ they wear to hide their financial corruption that is connected to the Crown Agent and the Queen. This quasi-governmental unit run by Senior Executive Service is the keystone in tying together SERCO, the banksters, the Crown, and a long history of fleecing the world by the Dutch and British East India companies.

What is a “self-sustaining U.S. Government agency”? How does it make money? Why is it so heavily involved in Africa, India, Ukraine, and global humanitarian efforts, while including partnerships with big banks, investment funds, Bill Gates, and other questionable alliances?

Where are their historical results, measured in specific quantitative ways, in providing aid and service? Why are banks and big companies the recipient of the funds and not the countries and agencies that need the services?

What is political risk insurance?

The list below might not mean anything to you now, but as we begin to show you what OPIC really is, you might keep an eye on Ms. Trump’s activities very carefully. Does she know what this organization is really doing or is she buying the narrative about their humanitarian work?

OPIC is the ultimate insider trading deal because nothing has to be filed with the SEC. It is a private-public governmental agency that is run by SES to fleece Americans big time. 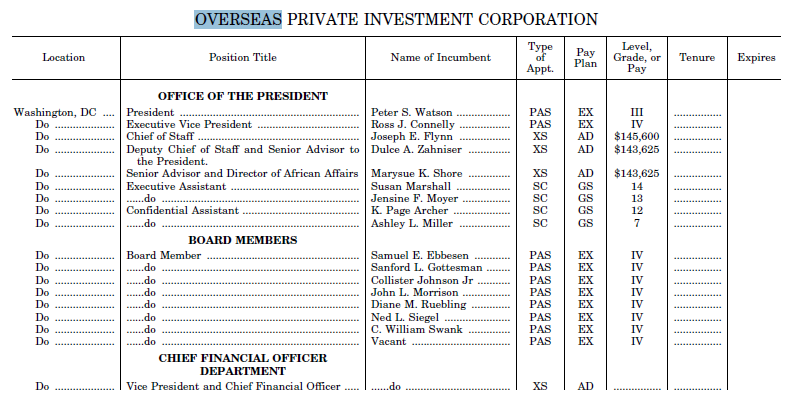 Commerce Secretary Wilbur Ross and Secretary of Labor Alexander Acosta sit on the OPIC board. They should know about its corruption – at least as much as a group of citizen investigators have found  If they don’t know, get them big glasses of water for all the red pills they will be taking very soon. 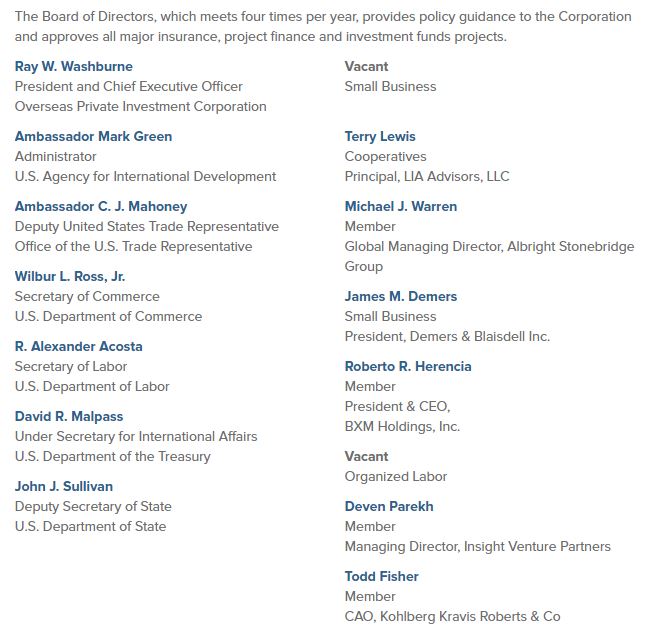 Other research notes that may be useful to digital sleuths as we uncover the corrupt organization OPIC:

OPIC is a Total Fraud