Every single one of Robert Mueller’s important investigations has ended in failure and disaster. Robert Mueller specializes in thwarting justice while giving the appearance of legitimacy.

With a large swathe of the country finally realizing what millions of Americans have already known for years, Robert Mueller has “botched” yet another important investigation. Like allowing Jeffrey Epstein to openly operate as a pedophile pimp in exchange for information; the “frame job” in the Anthrax investigation that was used to assert greater authoritarianism in America; or managing to see to it that they left the curious and unsolved collapse of a whole building out of the 9/11 Commission report; Mueller has been faking investigations his entire career to cover for high level corruption.

Soros is the top of the pyramid for a giant RICO conspiracy.

This deal means the FBI helped The Clinton Foundation accept bribes for a Uranium One deal.

This means Mueller, who was head of FBI at the time allowed it to happen.

This means FBI was aware of pay to play and collusion with Russian companies by The Clinton Foundation while Hillary was secretary of state.

Comey’s draft memo cleared Hillary before she was even interviewed.

Mueller’s tight with The Clinton Foundation. He is a fake Republican.

A black market uranium smuggler was caught with uranium on its way from Novosibirsk (Rosatom’s chemical concentration plant) to Iran. The Russians refused to help the Georgian authorities, who had to let the smuggler walk after a short time in jail. Georgia, then asked for the US to help in the investigation where they sent a sample of the HEU, enriched just under weapons grade. Mueller, himself, rather than admit where the uranium came from RETURNED THE EVIDENCE HIMSELF TO RUSSIA, hand delivering the HEU sample on a TARMAC in Russia. Here is the cable that proves it:

In the Middle of the Russian “Reset”, Mueller was already protecting the Uranium One.

Mueller has been investigated his own crime and pinned it on Manafort, while purportedly giving the Podestas immunity. They worked for Russia under the guise of the European Center for a Modern Ukraine to infiltrate the Ukrainian government.

Paul Brennan, who approved all the “Saudi Hijackers” visas at Jeddah Station also contributed to an alarming number of coincidences that deserve attention.

Robert Mueller is a criminal. His primary job is to cover for crimes being committed by the CIA and he accomplishes this by running his investigations as limited hangouts, where only the minimum amount of justice is applied in order to protect those who are paid into the protection racket. The Clinton Foundation is a payment receiving arm of a deep state sponsored protection racket that specializes in forensic interruption, using the media to work in tandem with law enforcement agencies and the court system through “fusion” projects that allow a complete infiltration of everyday life and normal organizations by our intelligence agency. Worse, is that these services are for sale to anyone with enough money, regardless of the laws that apply to you or me.

The FBI has a history of participating with media outlets to stage news narratives to sway the populace in favor of policies that are not in their best interests. A lot of those tricks the movies and TV shows feature are, in reality, unreliable.

One thing the FBI protects above all others, is the illusion that they are an authority on solving crimes, even though their actions prove that they are primarily concerned with covering them up. I posit that is because the CIA has riddled the FBI leadership with corrupt infiltrators who are not there to serve the country, but to protect clandestine activities. They aren’t “botching” investigations, they are using it as a cover for corruption.

James Comey operates under the exact same MO. He investigated Marc Rich, gave the appearance of justice, then let him go with a last minute pardon from his friends, the Clintons.

One early limited hangout of Robert Mueller’s was creatively letting his fellow Marines in the Hell’s Angels off the hook by failing to prosecute dozens of known criminals and using no evidence except witness testimony that was paid for. Even the 5 that were convicted were let go on appeal.

In a remarkable coincidence, Mueller was also made head of the FBI one week before the 9/11 attack, where we see he botches another investigation in favor of his friends in the Muslim Brotherhood, and where he botched the Anthrax attack that was used to pass legislation to spy on the American people, when even 9/11 proved not enough to sway the public. Later, these same friends would be involved in the Gulftainer deal that installed a great deal of foreign power next to important military assets in Florida. 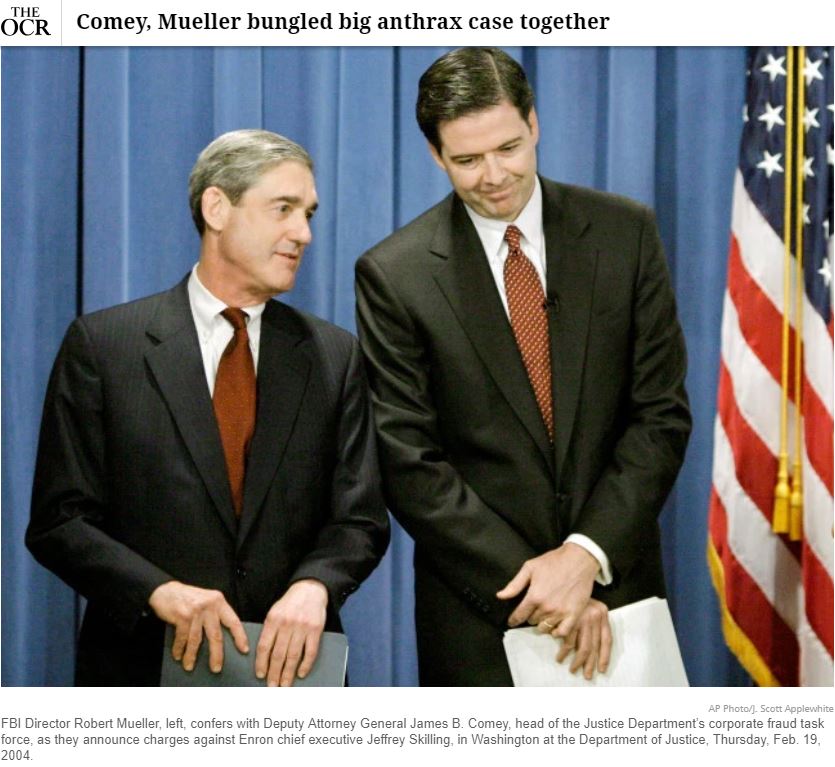 While Mueller runs cover for the Russians, the same way Comey and the Clintons ran cover for Marc Rich, who was selling uranium to the Russians, Mueller and his law firm are putting in place a troubling national security threat where Islamic terrorism was allowed to take hold at Pt. Canaveral.

Mueller was meeting Ukrainian President Viktor Yanukovych, then client of Paul Manafort. The meeting took place in Kyiv. The pair met about two months after the Boston Marathon bombing.

“I would like to focus on the most important issue for us – the issue of combating terrorism,” Mueller said, according to a Ukrainian Embassy’s Facebook post. “I would like to say thank you for the assistance provided to us after the Boston Marathon.”

In fact, there were a number of concerning aspects about the Boston Marathon Bombing and the coverage, at the time. Cover up after cover up; no one has explained how the news made this mistake, yet: 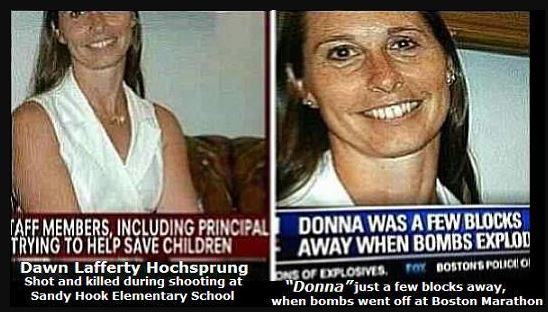 The Obama appointee, Aimen Mir, who also approved Uranium One with no paperwork in record time, also approved the questionable Gulftainer deal to buy Port Canaveral’s cargo container terminal to the Middle eastern company, which partners with the Russian state-owned firm ROSTEC, overseen Putin. So, not only are these traitors in government selling out to Russia, they are also selling out to organizations with known terrorist ties.

Gulftainer is run by the brother of Saddam Hussein’s nuclear weapons chief. Let that sink in. He is friends with Obama, Clinton and Muelelr. ROSTEC owns the company that exports the Russian missile-launch container known as Club K. Obama and Clinton’s collusion with Russia undermined national security.

Continue to read this thread