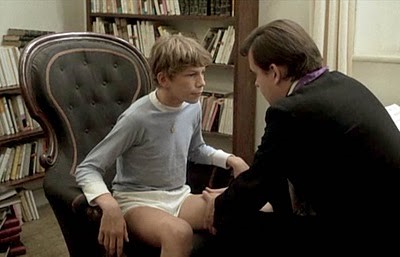 Whore of Babylon Revealed: The Dark Secrets of the Vatican Exposed

Abuse victim to pope: Will you probe cover-up?

“Are you as the Holy Father, and leader of the Vatican and worldwide church,” he asked, “going to have an investigation into all the cover-up and corruption?”

Damian said Francis, on a pastoral visit to Ireland Saturday and Sunday, replied that he was determined to root out what he described as “corruption and filth.”

On Sunday, however, Francis declined to comment on a claim issued Saturday by a former Vatican ambassador to the United States that the pope ignored sexual abuse allegations against Cardinal Theodore McCarrick, the former archbishop of Washington, D.C., who was forced to resign last month.

One thought on “The Pedophile Papacy Exposed”