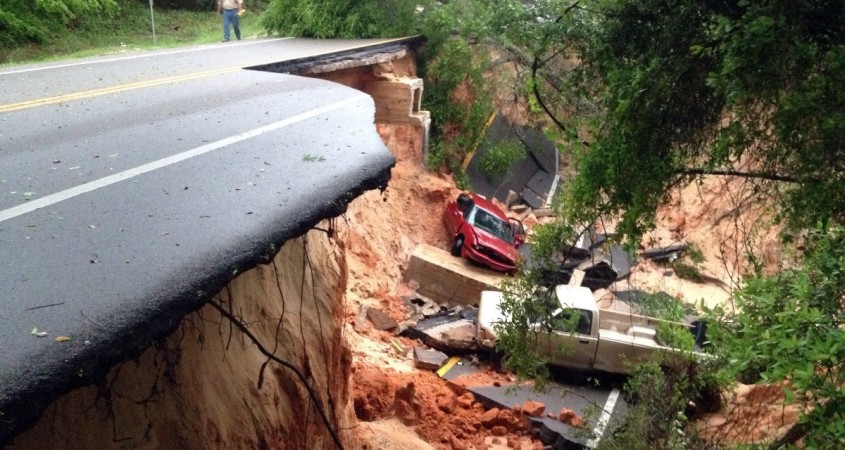 Since 2008, infrastructure investment in America is in freefall. The American Society of Civil Engineers (ASCE), has given America a D+ report card. America is essentially bankrupt in real terms, with discretionary budget infighting neutering logical decisions about ‘real equity investments’ to stabilize the American economy going forward.

The impact to current business losses have been quantified at $160B/year. With the precipitous negative slope of investments since 2008, this quantifiable drag on the economy will worsen exponentially over the next decade unless checked with rational solutions.

America is bankrupt! All future value of the GDP is a liability statement on the holders of the debt – foreign and domestic. This is fact, not speculation. There are several potential scenarios given the current paradigm—inflation, economic stabilization, or revolution leading to chaos and tyranny. Of these, ‘economic stabilization’ is the preferred method, if the sanctity of the human condition is of importance.

If not, chaos and its resultant operand are unthinkable, accept to those who do not empathize at all with the human condition in a positive sense. Within the context that the economic stabilization is the desired goal, the only path forward is for a ‘balanced budget’ such that the debt liabilities acting as a drag on the economic vitality are negated substantively through growth in real terms combined with cuts to all debt formation in real terms. This will effectively stabilize the economy so that ‘new credit’ extensions can be formed through bonds ‘directly’ from the US Treasury to the open market, to raise cash for ‘infrastructure re-development’.

This will circumvent the ‘debt black-hole’ normally created with such large currency issuances from Bretton-Woods world financial structures. By internalizing the debt in such a manner, directly from the Treasury, and issuing it slowly to an organized market, only to American fund managers first, the infrastructure serves as the ‘gold credit’ that stabilizes the entire underwriting process—essential to ‘real credit formation’.

In this manner, real equity is formed from the ‘debt’ and the value is internalized by the American economy. This ‘stimulus’ necessarily creates the foundation for future value which will then pay off the bonds with ‘real marginal equity value’…not fiat ‘financial Ponzi’ dollars—avoiding the ‘black-hole’ of inflation and debt service.

Actions To Take While Balancing The Budget

Before any project is undertaken, quantitative and qualitative analysis of risks must be undertaken. Every project must be quantified in scope before being financed. If the target is rehabilitation as well as new installation or replacement, the condition of the assets in the competing portfolios must be known. In terms of America’s infrastructure, the new ISO-5500 standards provide a process by which to perform this analysis using rational science.

In simple terms, America’s infrastructure liability has to be determined, graded, prioritized, and quantified in total financial terms. There is no other way to approach the problem, and it is a grave problem. While the budget is being balanced through real marginal value cutbacks, the asset cataloging process can take place.

This will take at least five years to complete, so the timing is perfect with the balanced budget approach, and the related economic growth of GDP. The asset analysis must be performed from the ‘bottom-up’ not from the ‘top-down’. The ASCE methods along with the ISO-5500 standards are sufficient currently to perform the asset quantification. At the end of five years, with a balanced budget in place, the portfolio of projects, within each state or defined by priority, impact, cost, engineering complexity, and time.

Bonds from directly from the US Treasury are issued to finance these metered and prioritized projects within each state. The funds are given to each state in-trust to be paid back to the US Treasury over time. Bonds are only created to support the ‘prioritized state by state’ portfolios vetted within each state by a Board of Trust consisting of local contractors, citizens, engineers, and municipal elected officials. This puts the entire process in a ‘de-centralized’ position where local citizens compete for the infrastructure needed for their communities for the future.

This has worked well in Washington State in the form of the “Public Works Trust Fund”. This process will short circuit the waste and deception associated with large infrastructure projects. Also, at no time, as part of the ‘legal foundation’ of the bonds, can these funds be used for anything else other than ‘infrastructure’ clearly defined in the portfolio creation process.

Future Effect on the American Economy

If such actions were politically possible, the American economy would be reset in real terms. The foundation of growth for new technological applications for value creation within America would be secured. Capital growth outside of Bretton-Woods would create a Renaissance of possibilities.