Thanks to our Conclave members, we have this gem from the U.S. Marine Corp that shows the 2005-06 plan of using memes as a tactical weapon in propaganda wars.

As the report states, “Memes influence ideas, ideas influence and form beliefs. Beliefs generate and influence political positions combined with feelings and emotions, eventually producing actions, which inform and influence behavior. Using this logic progression, any attack upon an ideology must consider an assault on a central or transcendent ‘idea’ or group of ideas as means of achieving success. Memes as ideas are then ‘in play’ as tools (or means) to attack ideologies.”

According to U.S. defense documents, memes can be used to win wars and influence the general population. The U.S. military are able to weaponize and diffuse memes in order to “defeat an enemy ideology and win over the masses.”

Prosser’s paper proposes the creation of a “Meme Warfare Center” that will be tasked with advising the President on meme generation, transmission, and a detailed analysis on enemy, friendly and noncombatant populations.

Patriots Use Memes to Fight Against the Establishment

Armed with the ‘Impact” font, a great picture, and a social network, patriots around the country used meme warfare against Hillary Clinton and the establishment in the 2016 election. The videos and articles below highlight some of the techniques and tactics that were used then, and which can continue to be used as we expose Deep State corruption and cronyism.

Arm yourself with some humorous, truth-telling, contagious memes so that we can be constantly lodging truth bombs and bullets at the Deep State corruptocrat enemies.

The reason every meme uses that one font

MEME Theory: How Donald Trump used Memes to Become President. This video producer does quite a bit of Trump bashing, but it is still worth watching to see how memes were used effectively in the presidential election. You might want to start it at 20:00 mark to avoid most of the anti-Trump sentiments.

Despite the government research and interest inside the military for applying memes to war, it seemed to be insurgent groups that used them most effectively.

Is America Prepared for Meme Warfare?

A meme is quite simply a concept, behavior, or idea that spreads, usually via the internet. Memes most commonly manifest themselves in a visual such as a picture or a video, but it can also take the form of a link, hashtag, a simple word or phrase (e.g. an intentional misspelling), or even an entire website.

Even NATO has a Memetics Operations 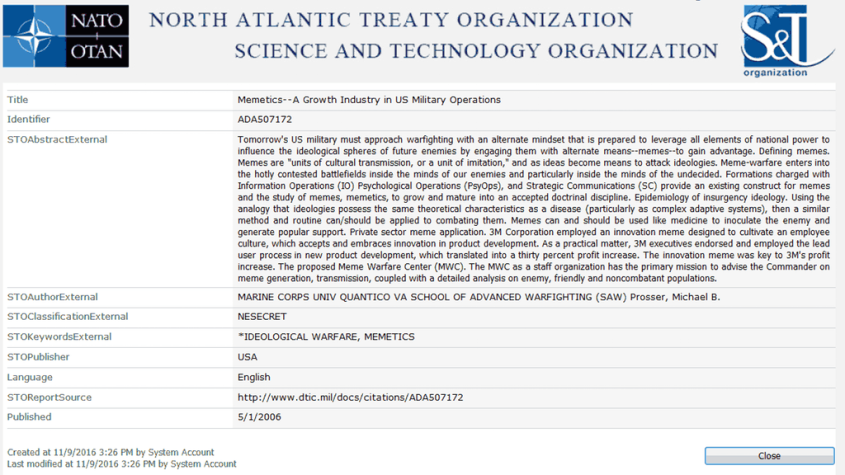 No one said memes are limited to a computer screen. Look below what truth warriors are doing in stores around the country. Send those pictures in so that we can create a huge collage of them – and then create a digital, viral meme which makes the original memes even more powerful. 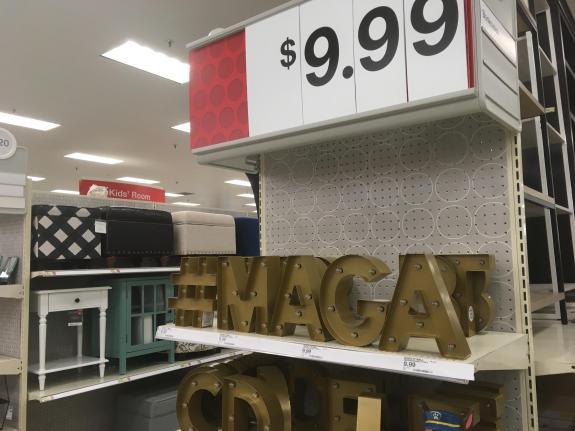 Now that you learned about how the U. S. military implements memes to attack ideologies, and you have seen how effective they were in getting folks motivated to get to the presidential polls in 2016, you might start thinking of ways you can use this powerful information weapon to continue to educate and enlighten folks in your social network about the corruption in the swamp. And like our friends above who took memes to another level by spelling out MAGA letters on a store shelf, we look forward to hearing from you how you used meme weapons. These are the bullets and bombs of the Second American Revolution.