Every indication is that this cozy “private” relationship among these spy agencies, international bankers, and the British Privy Council continues, and was the source of the Trump-Russia coup d‘etat 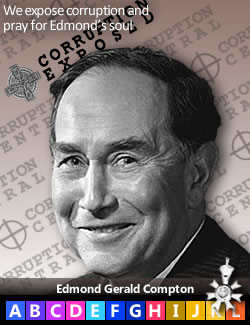 Oxford & Cambridge students were targeted by this rogue US-British spy group of stay-behinds.

Sir Stewart G. Menzies. (Jul. 09, 1952).  TOP SECRET, ‘Comments by C [Menzies] on the Report by Sir Horace Seymour on his Enquiry into the Secret Intelligence Service’, CAB 301/133. The National Archives.

If you have a son or daughter with a Rhodes Scholarship, are you happy to hear that he or she is fresh meat for these sociopath criminals? The purpose of the Rhodes Scholarship is very specifically such NWO recruitment. Just ask George Soros’ close friend Lord Mark Malloch-Brown or Sir Geoffrey E. Pattie.

SO YOU THOUGHT RHODES SCHOLARSHIPS WERE GOOD?