Lots of great research on this judicial witch under each headline. Make sure to read, learn, and share TRUTH with your fellow patriots. We give you real evidence of her corruption. USE IT!

ALERT: It is very easy for this highly emotional, easily-triggered woman to get her panties in a wad about internet people harming her. We only wage an information war on Jackson through the WORDS of TRUTH. We do not endorse violence of any type. Pray for her guidance and then meme the shit out of her. Turn her into a cartoon buffoon. Do it for Roger. Do it for freedom of speech. 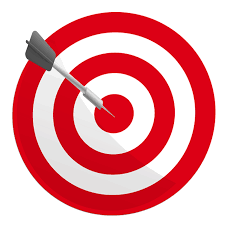 AMY BERMAN JACKSON LEADS THE COUP FROM HER FEDERAL BENCH

Patriots, want to help Roger Stone? Start outing the corrupt Stone Cold Killer Judge who has a target on Roger’s back. She is a total SES dirtbag that Herr Mueller keeps on her knees servicing the swamp.

Calling on the meme team! Here’s an update from the propaganda rag Sun-Sentinel

Who is this judge and why does it matter?

Learn all about it in the audio between Betsy and Thomas below: