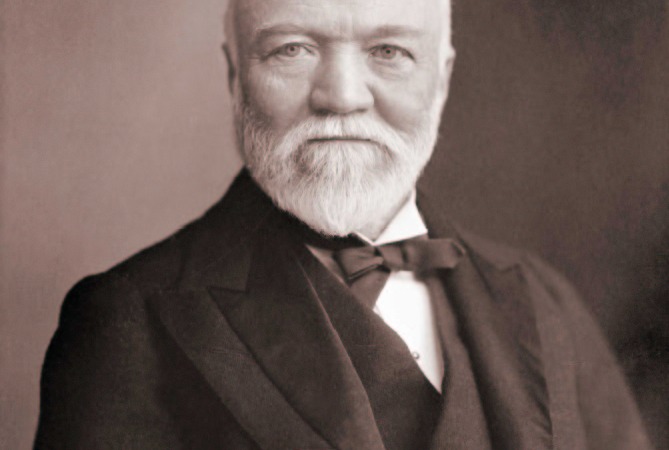 The material that follows is extracted from an extinct document that has been resurrected regarding Sir Andrew Carnegie and Cecil B. Rhodes.

The Pilgrims tried to remove this awareness from our consciousness, and almost did. Its bombshell in exposing the current new world order agenda and tactics. 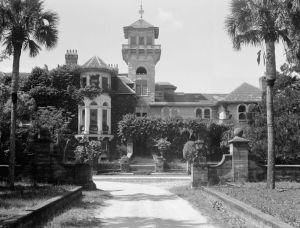 operations coupled with vaccination programs and AI technology.  It is relevant to me because I am personal friends with one of the Carnegie heirs who manages $160 billion a year and has been indoctrinated unwillingly into this cabal. It is my sincere intention to help this gentleman escape his bonds. Further during my honeymoon on Cumberland Island, I observed the ruins of the once palatial estate of Andrew Carnegie. What remained were two chimneys being reclaimed by vines, and in the garden a bass relief of the Green Man. 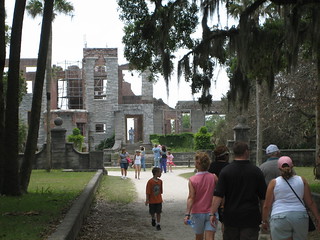 There is a song by Martin Donnelly that ends,

“the time has come for us to rise from the rocks and thorns,

back to where we belong,

I am the green man of the woods,

the thistle and the corn,

I am the spark in every creature’s heart,

As the material below unfolds, keep in mind the confession from one of these heirs, because if we cannot have compassion for these fallen, we may not escape the power that has accumulated to them over the generations. This gentleman told me that his personal fortune of $60 million was in one pocket, and the estate or corporation was in the other pocket. He kept the two separate in his mind and thus maintained his humanity, while being aware of the amoral nature of the corporation and its demands.  What this ultimately does is induce a state of schizophrenia in an otherwise sane and gifted individual.

Mr. William T. Stead broke with Cecil Rhodes’ foundation when he learned that the basic idea of Rhodes’ scheme was the reconquest of the United States as an “integral part of the British Empire, ” by treason and intrigue, and betrayal. The destructive work, of the “dead hand” of Andrew Carnegie (who never became an American citizen) and his anti-American foundation remains today. The program to move all control into a super-national World Government appears to be identical to the stated views of Cecil Rhodes and his friend, Sir Andrew Carnegie.

This coincided with the start of the Rhodes Scholarship movement at Oxford University in England.

(Where possible, I will link insights from this document to current events.  ‘Sapiens’ is a brief history of humans by an Oxford scholar now a professor at Hebrew University, Yuval Noah Harari.  Harari is a homosexual and advocate for a global world order invited to meetings by Bill Gates and other globalists at Davos. I am reasonably certain that Harari was groomed and chosen at Oxford, which accounts for his rise to prominence.)

Andrew Carnegie is in high favor in England just now. Britons who formerly sneered at the return of the Scot American to his native Highland heath bi-yearly, now nod satisfied approval when the iron master’s name is mentioned.

“When your Majesty graciously design to enter again, and may that flag be the British flag. And may it float over the United States from the Atlantic to the Pacific. ” Andrew Carnegie.

Immediately after the peacemaker’s visit, the Carnegie peace fund was started in America. This is the same daily advertised on NPR along with the Bill and Melinda Gates Foundation to all those who choose to be brainwashed.

The following is what a few very ambitious but traitorous Americans in high positions could tell us if they would: Many of these men are under pay from a fund which has given none of its “peace” money to prevent war.  The fund is only being used, and only will be used, to assist to the utmost the destruction of American independence, and the slow or fast betraying of America’s nationhood into the ready hands of the only genuine enemies she has ever had.

Power of the President of the United States to be increased so as to gradually diminish the powers of Congress.  Note: While Dick Cheney greatly advanced the presidential powers, we see even with Trump, executive orders that supersede a divided and increasingly ineffective Congress.

Supreme Court of the United States to be revised so as to embrace only judges agreeable to absorption by Great Britain, and uniformly hostile to the United States Senate. Note: This explains some of the arbitrary rulings by chief justice John Roberts, known Jesuit, who takes orders directly from Rome.

Precedents must be established by said Court against the United States Senate in rulings, decisions, etc.

Strong campaign must be waged in the several States and Territories against Congressmen and Senators showing hostility to Great Britain. If unsuccessful in defeating them, they must be continually watched until discovered in some overt act, mainly personal, and under threat of exposure, forced to resign.  Note: The blackmail operations against Dennis Hastert, culminating with the alleged death of procurer Jeffrey Epstein, link child trafficking to this effort.

Regarding success of the arbitration treaties, these apparent victories must be widely advertised in order to create confidence in the propitiousness of arbitration with Great Britain.

When newspapers cannot be bought or leased, new publications must be started.  (While the New York Times is highly compromised and promotes false narratives, many are becoming wise to their efforts.  A counter publication, the Epoch Times is gaining credibility with its accurate reporting of China.  However, one name consistently appears in their opeds of a suspected globalist, Conrad Black. Note: Is the Epoch Times such a new publication as mentioned above?

We shall continue our task of educating public opinion, counting more than ever on the support of the heads of superior, secondary and primary establishments of education, and also on that of quite a number of admirable voluntary associations whose representatives are among our first adherents.  Note: In the late sixties, Lisa Dixon Grey was the daughter of a prominent ACLU attorney and his Jewish wife. They conspired to remove prayer from schools, causing immense discipline problems in subsequent years.  The Antifa movement is a clear result of these immoral, indoctrinated youth.

In this manner our Committee will constitute, by the simple means of private initiative, the embryo of the new organization, the need of which is felt everywhere in the modern world, and without which the most powerful, as well as the weakest state or individual has no assurance for tomorrow. Note: This globalist enterprise was constantly morphing and reached a visible presence through the Bilderberg meetings.  hat, however, had a hiatus with the Covid-19 pandemic.  Besides which social media platforms like Zoom and Skype with proper encryption provide real time exchange beyond any means of public resistance.

The publications still persist in a somewhat more sophisticated form from the Carnegie Endowment for International Peace, United Nations Plaza at 46th Street in New York City and the European Center in Geneva, Switzerland.

Benign in intent, but utterly evil in implementation: Cecil Rhodes is quoted “the foundation of so great a Power as to hereafter render wars impossible and promote the best interests of humanity.”

Fake History is DEADLY to all of us on the planet