Great news, Team Patriots. We are winning the Great Information War against the British Imperial Empire. Remember, they know what we are collectively “thinking” out here using a variety of tools from trending words to remote viewing. We have been asking our keyboard warriors to discuss Christopher Steele’s connection to Richard Dearlove and the origin of the coup and the coronavirus.

They see us coming by the words we use in the internet. To deflect us, they need to start some information interference (propaganda) by putting out their version of the story. Richard Dearlove must hold the line from information warriors storming the Privy Council, Pirbright, and the British Imperial Empire all over social media. This is why today we were not surprised to find this headline featured on their propaganda aggregator site, Drudge. 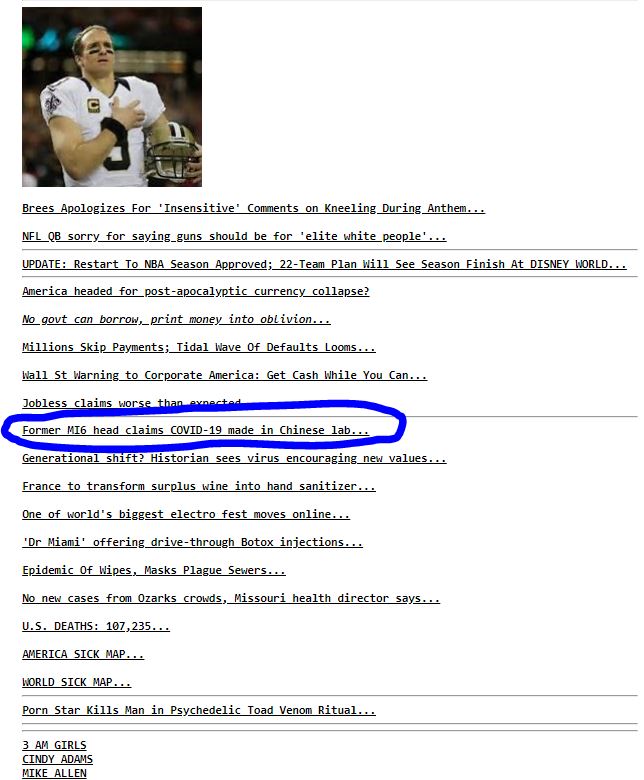 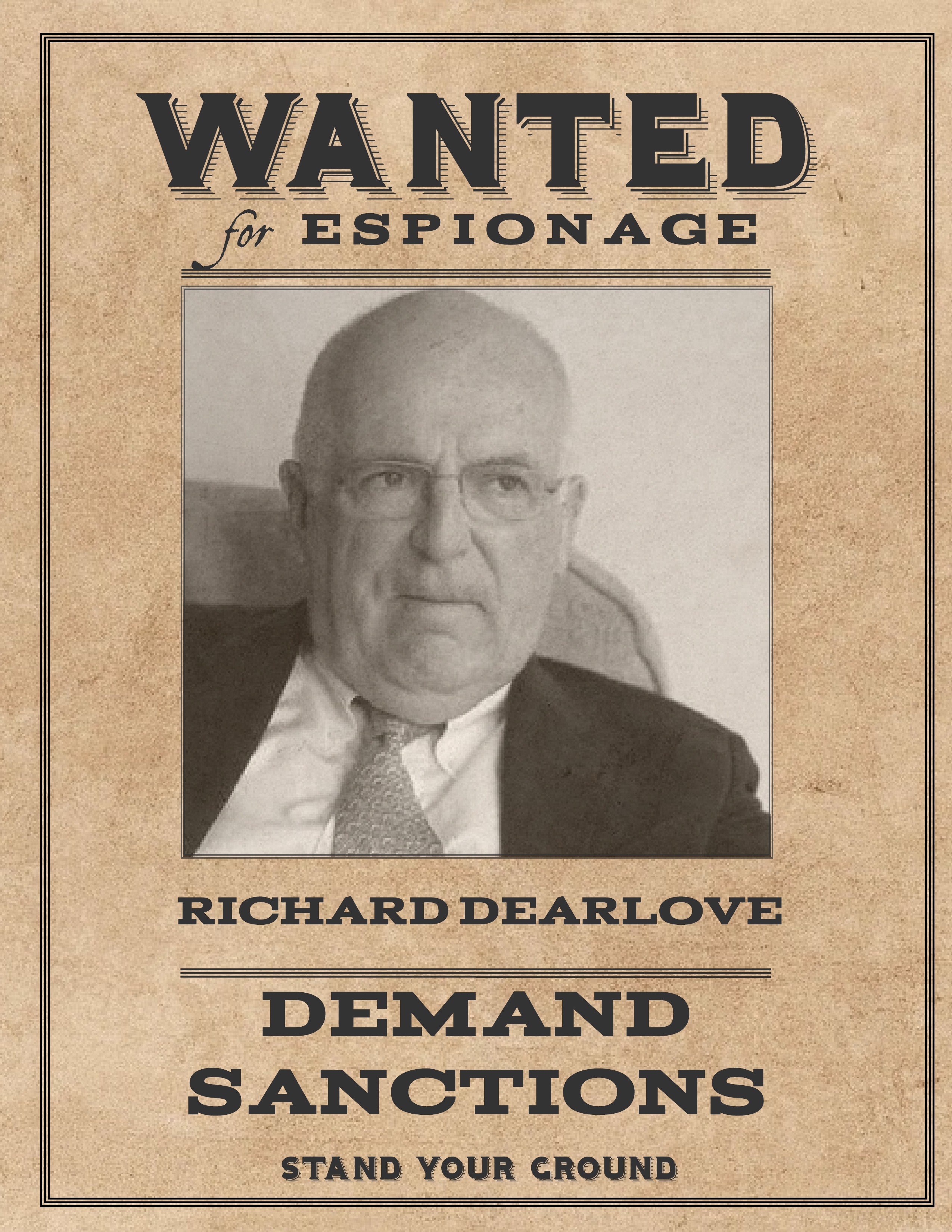 We went to the article. They keep you from looking at Pirbright where the virus was patented because the Queen owns the controlling shares of Pirbright. It puts the Queen of England front, center, and square at the epicenter of the coronavirus false flag which cost the world TRILLIONS of dollars and then leads straight to the overthrow attempt of President Trump.

Dearlove is running for his life. Do what you can to make sure his name and his relationship to Christopher Steele is well known with your audience. Your job, every day, as a patriot for your country is to rattle your information sabers and do your part to destroy the EVIL EMPIRE, the British Imperial Empire.

Take a look under this headline link to read a page full of British propaganda:

Sir Richard Dearlove said there was good evidence that the virus was engineered, but that it’s escape from the laboratory was accidental. 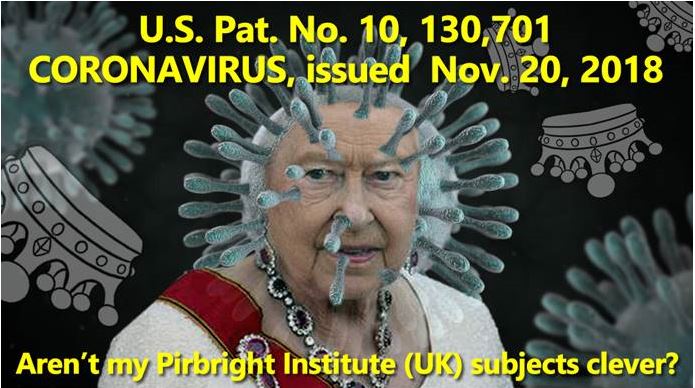 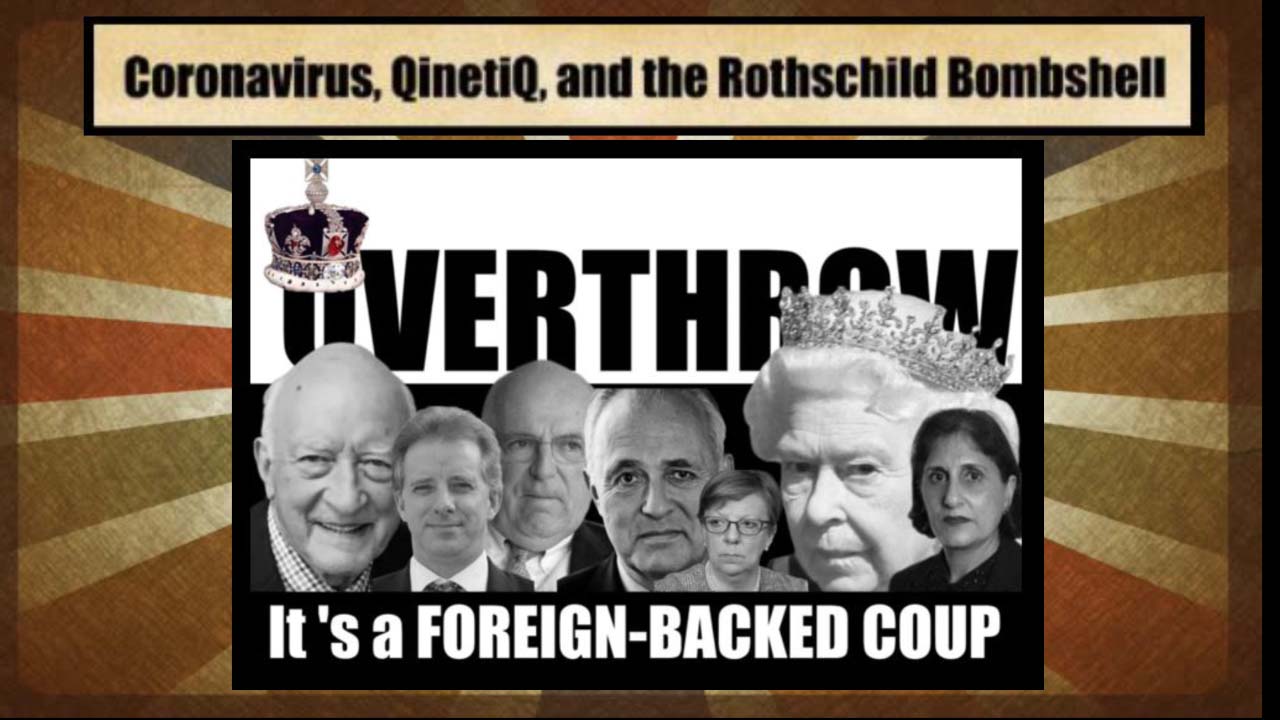 Dearlove and Flynn. Inquiring minds are going crazy with questions….. 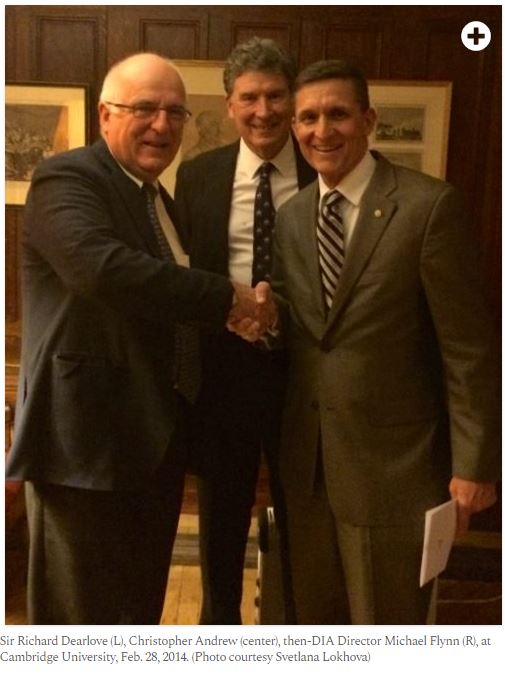 And that’s not all who are giving Richard Dearlove propaganda cover. Our other favorite actor on the internet – Alex Jones who keeps you in a very tight, limited hangout where you spin all day in never-ending rhetoric, going nowhere – is also giving cover to Dearlove by reposting this article below, as is, as though it were the actual truth of the matter.

Former MI6 Head: Coronavirus Is Man-Made, Released From A Lab

3 thoughts on “Sir Richard Dearlove is Toast. American Patriots Call Him, the Queen, and the Privy Council Out for the Overthrow Attempt of Donald Trump”