Earlier this week, we posted this blockbuster report on who Globalist Richard B. Allan:

Queen Lizzie Loyalist Lord Richard B. Allan is no Friend of America

Our researchers have found even more intel that you need to know about this corrupt player in the Globalist camp so that you can educate your audiences of his real purpose in being at Facebook now.

Lord Richard Beecroft Allan has no qualifications to be in technology. He very obviously failed to disclose the threat to Facebook investors and to public confidence of the Leader v. Facebook patent infringement – even though he started making representations to the public while the trial was proceeding. This is a material breach of fiduciary duty, not to mention immoral.

Allan is merely a hired liar for the NWO with no qualifications for the positions he has held. He worked at only one healthcare management job for six years after college, then was propelled into politics, then off to Cisco, CFR, and now Facebook. He lives a truly magical existence.

He is a member of the World Economic Forum, invited just days before he became a Lord.

His New World Order role is very evidently to be a hired liar buffer between everyday people and the so-called elites. 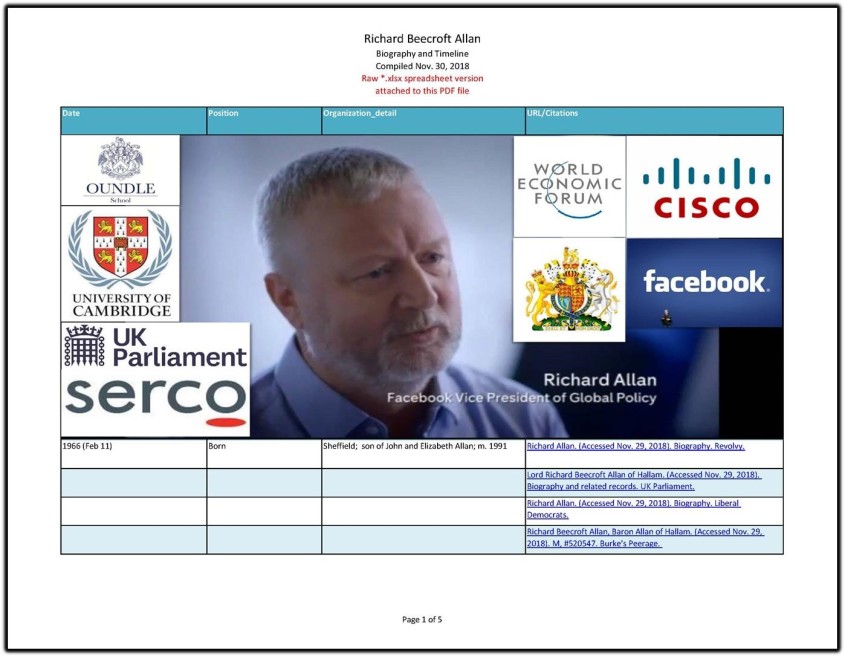 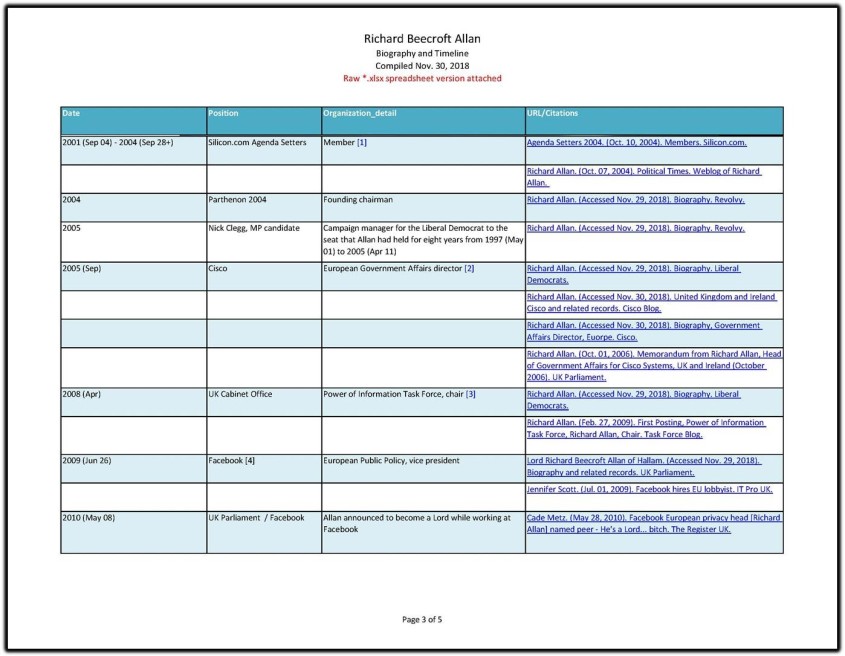 His father, John Allan, was a chauffeur.

His mother Elizabeth (born Beaumont) Allan, was a personnel manager

How could the family afford Oundle School on their salaries, especially since the 1950’s the costs started spiraling? Oundle is a school for the British upper classes.

While MP for Sheffield-Hallam (and Trustee of the Sheffield City Trust), it appears Richard Allan’s main jobs were to pave the way for SERCO contracts in the area with the high speed railway, leisure centers and prison at Doncaster.

Check out the Oxford Internet Institute. Sound’s surprisingly like an Oxford Version of Cambridge Analytica.

For certain, Little Ricky has no qualifications or body of work to place him at the top of this heap.

But, that is their modus operandi. When no longer useful, promote them.

No wonder our academics are so maddeningly arrogant. Their research has been funded with filthy lucre. Their opinions are ALL tainted by a false premise.

He took just enough computer science in Bristol to learn the lingo.

Thanks, AIM Patriot Susie! Your genealogy talents are really helping our researchers.

Lord Richard B. Allan’s “partner” and mother of two daughters.

She’s a Tavistock creation. Evidence now pouring in. This is the woman that Allan will not talk about. He has disclosed nothing about her extensive Parliamentary background.