It only takes two Pilgrims Society, Privy Council DC Court judges to push a coup in the American Republic—Boasberg & Jackson were introduced to the Senate on the SAME DAY (Sep. 15, 2010) by Illinois Obama mobster Sen. Dick Durbin. 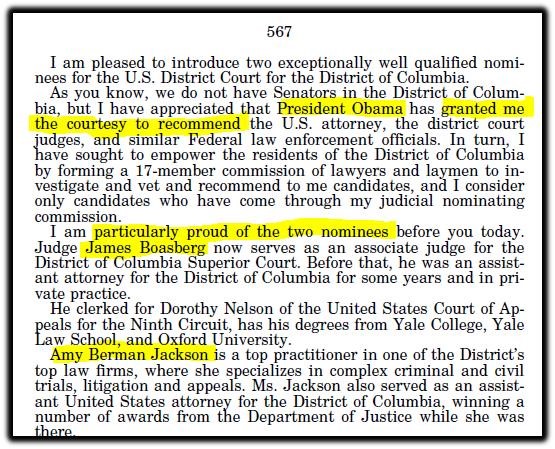 Check out the headline link below for more information on Federal Judge James Boasberg.