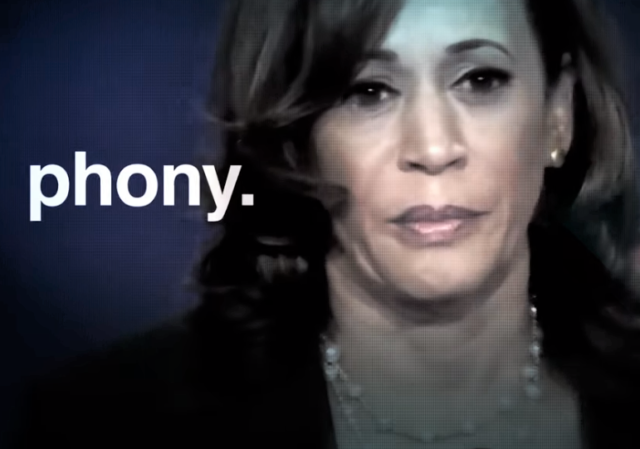 This claim arises from the acts or omissions of the defendant.  Details of said acts or omissions in correcting the description by the New York Board of Elections Law for those running for office requirements to hold office of President of the United States (POTUS) and or Vice President of the United States (VPOTUS) (see Exhibit C) deceptively states that citizenship status must be “BORN A CITIZEN” as per United States v. Wong Kim Ark, 169 U.S. 649 (1898)([1]) as if one of the requirements of the US Constitution Article 2 Section 1 Clause 5 rather than the express “NATURAL-BORN CITIZEN” (NBC) Term of Art is born on soil of citizen parents explained by the U.S. Supreme Court (SCOTUS) in Minor v. Happersett,  88 U.S. (21 Wall.) 162 (1875) ([2]).

State of New York Court of Claims CHRISTOPHER EARL STRUNK, and AD HOC NEW YORKER REPUBLICAN COMMITTEE Claimants v. THE STATE OF NEW YORK Defendant MEMORANDUM OF LAW IN SUPPORT OF THE CLAIM WITH DEMAND BY ORDER TO SHOW CAUSE FOR INJUNCTIVE RELIEF Claimant, Christopher Earl: Strunk in esse Sui Juris sole beneficiary of the name registered in commerce CHRISTOPHER EARL STRUNK and trustee of the AD HOC NEW YORKER REPUBLICAN COMMITTEE, in propria persona submits this MEMORANDUM OF LAW IN SUPPORT OF THE CLAIM of Three Hundred Eighty-Eight Thousand Three Hundred Ninety-Five Dollars ($388,395) in lost opportunity cost against THE STATE OF NEW YORK under the Court of Claims Act (CTC) §3-b, for willfully using “BORN A CITIZEN” dis-information with malice from 2008 thru 2020 shown in Exhibit C, and is done instead of the NATURAL-BORN CITIZEN requirement of the U.S. Constitution Article 2 Section 1 Clause 5 referenced in the chart shown in Exhibit C for anyone Running For Office President of the United States (POTUS) and by operation of law Vice President of the United States (VPOTUS), appended with the original and two copies with the Fee for the Clerk of the Court according under CTC § 11 I § 11-A, and with this extraordinary DEMAND BY ORDER TO SHOW CAUSE FOR INJUNCTIVE RELIEF with irreparable harm, with a likelihood of success under the current law of the land that is based upon the preponderance of evidence shown in exhibit, time is of the essence; and Further, under the requirements of Absentee Balloting that according to Exhibit A schedule for conducting the 3 November 2020 election: • Any request for an Absentee Ballot according to Exhibit E starts on September 18, 2020 and explains the schedule quote: “You must apply online, postmark, email or fax a completed application or letter request for the General Election Absentee ballot no later than 7 days (October 27, 2020) before the election. You may apply in-person up to the day before the election (November 2, 2020). You may file an application at any time before the deadlines, but ballots will be mailed out beginning on or about September 18, 2020. (PLEASE BE AWARE THAT DESPITE THE ABOVE DEADLINES THE POST OFFICE HAS ADVISED THAT THEY CANNOT GUARANTEE TIMELY DELIVERY OF BALLOTS APPLIED FOR LESS THAN 15 DAYS BEFORE AN ELECTION.)

That voting starts on or about October 19, 2020 • And that based upon my interview of July 22, 2020 shown at Claim paragraph 29, going into 3 November 2020, my commissioner told me in part quote: ” … that masks are voluntary and if not worn a mask or plastic visor will be offered to wear while voting in person, and if rejected the Voter may use a machine properly spaced from other voters”; and • this OSC demand is notwithstanding the arbitrary politicallockdown that varies on a state by state basis to defeat POTUS Donald J. Trump, a lawless set of arbitrary executive order that seemingly have a political life of their own that involves the 2013 Fauci/Obama facilitated Chinese Gain -of-Function modified bio-weapon SARS COV-2 Virus aka COVID-19 (with the on or about 22 August 2020 CDC admission (I) that the actual mortality rate when separated in stark contrast to other morbidity factors is less than say 12,000 deaths to date attributed solely to SARS COV-2, has been fraudulently contrived for political and state financial reasons on a state by state basis-that will end in Federal indictments), That Claimant respectfully demands injunctive relief for cause that the State be ordered to: a. CLARIFY FOR ALL POTENTIAL VOTERS THAT BORN A CITIZEN SUGGESTED BY THE STATE SHOWN AT EXHIBIT C DOES NOT INCLUDE A 14TH AMENDMENT BORN A CITIZEN INTERPRETATION, ONLY INCLUDES THE PRE 14TH AMENDMENT U.S. CONSTITUTION ARTICLE 2 SECTION 1 CLAUSE 5 NATURAL BORN CITIZEN TERM OF ART THAT REQUIRES A CANDIDATE FOR POTUS AND OR VPOTUS MUST BE BORN ON SOIL OF CITIZEN PARENTS ACCORDING TO THE SCOTUS; FINDINGS IN Minor v. Happersett, 88 U.S. (21 Wall.) 162 (1875) and United States v. Wong Kim Ark, 169 U.S. 649 (1898), and b. THAT ALL REQUESTS FOR ABSENTEE BALLOTS MAKE SUCH CLARIFICATION and c. THAT NOTICE IS PROMINENTLY DISPLAYED AT THE POLLS THAT KAMALA DEVI HARRIS IS NOT A NATURAL BORN CITIZEN; and d. Additional different relief as the court deems necessary for justice herein.

There is a distinct difference between Natural-Born Citizen, Born A Citizen and a naturalized Citizen with a myriad set of statutory variations that we fought a revolution over the fact that we (including my family who have been here on my father’s side since 1756) do not want to be subjects of a arbitrary and capricious totalitarian potentate; and Further in short, back in 2012, I sat with NYS Assistant Attorney General Joel Graber along with the multiple defendants attorneys in the case Kings County Supreme Court 6500-2011 before the hearing convened to present my offer to settle the case were the State to change the Running for Office erroneous Born a Citizen language to Natural Born Citizen, and to the amazed groans of the expensive witnessing attorneys, Mr. Graber rejected the offer, and as such 12 years later now inures to t~is claim that arises from the malicious political acts of the defendant-especially under an ignorant mass murdering dynastic tyrant – who is too dimwitted to be a Maoist would wear a dunce cap, resembles the Jesuit trained Pol Pot who measured opposition with his brown shirt core to surveil all persons, in particular those who wore glasses because it meant they could read; and from my own experience since 1973, here and now we face results of budget woes that has released State psychiatric patients closed facilities and with municipal leaders set prisoners onto the streets with no bail requirements as a war to maintain power against civil society.

Yes we are long over-due for results to correct the details of said acts or omissions, if you wish, to at least correct the description by the New York Board of Elections Law for those running for office requirements to hold office of POTUS and or VPOTUS shown in Exhibit C that deceptively states that citizenship status must be “BORN A CITIZEN” as per United States v. Wong Kim Ark, 169 U.S. 649 (1898)(!l)) as if one of the requirements of the US Constitution Article 2 Section 1 Clause 5 rather than the express “NATURAL-BORN CITIZEN” (NBC) Term of Art is born on soil of citizen parents explained by the U.S. Supreme Court (SCOTUS) in Minor v. Happersett, 88 U.S. (21 Wall.) 162 (1875) <l2D.

A two sided copy of each seminal case is appended herewith for the use of the Court. That my fellow trustee of AD HOC NEW YORKER REPUBLICAN COMMITTEE described in Exhibit B has faxed a copy of the Claim to the Attorney General who will have a follow-up copy of this Memo and Notarized Claim with citations annexed sent by USPS Certified Mail 7017 1070 0000 8250 9700 with certification of service having been notarized accordingly.

See other documents attached to this lawsuit.